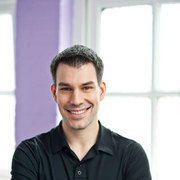 Michael Furdyk is the Co-founder of TakingITGlobal (www.tigweb.org), which provides innovative global education programs that empower youth to understand and act on the world's greatest challenges. In the past, he turned his interest in technology into several successful online companies, including MyDesktop.com, which sold to Internet.com in 1999. In 2008, he was named by Contribute Magazine as one of 10 Tech Revolutionaries Redefining the Power and Face of Philanthropy. Michael has appeared on the Oprah Winfrey Show, presented at TED, and was named one of Teen People's "Twenty Teens that will Change the World". Over the last decade, he has keynoted over 100 events across sectors, sharing his social media expertise and insights on youth engagement and educational reform to audiences in over 30 countries. He sits on several non-profit boards, including the Re-Inventing Schools Coalition, and on the International Advisory Council for Microsoft's Partners in Learning program.